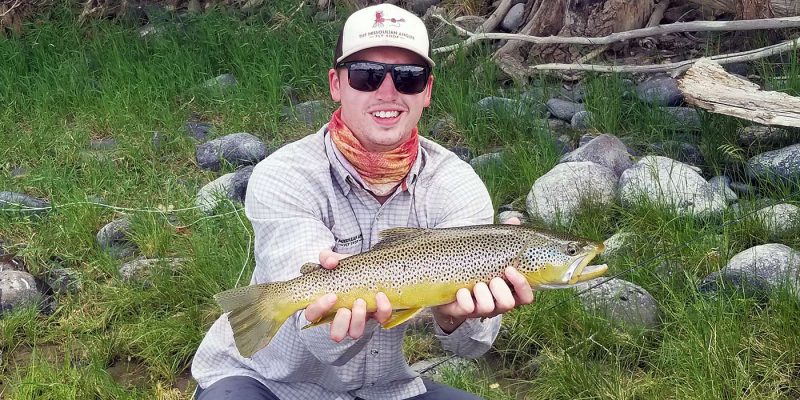 END_OF_DOCUMENT_TOKEN_TO_BE_REPLACED

By far my favorite river to guide in early spring is the Yellowstone. It is clear most of the time in this period, though warm weather can muddy it for a day or two as low-elevation snow melts, especially when the warm weather is accompanied by rain. When this occurs, the lower Madison is a great option. Further afield, the Missouri below Holter Dam is always great in early spring, and sees less traffic at this time than it does a few weeks later.

The major downside of early spring is the weather. “Spring” in Montana is not like spring in warmer places. It might be 15 degrees in the morning. It might snow all day. Worse, it might spit a mix of drizzle and snow. The wind often howls. It might also be 80 degrees and turn the rivers filthy with early snowmelt down from the mountains. Floating can therefore be rather uncomfortable when the weather is bad, and it can be unproductive when it’s “good.” The somewhat variable water and weather conditions carry over to the fishing: it’s not consistent. Sometimes it’s great, but it can be tough too, especially if you’re after big numbers of fish rather than larger fish.

During early spring, half-day trips are better choices most of the time. This is especially true in March. Later in April, and especially in the few days of May before the runoff hits, the water warms and the fish get more aggressive, meaning full days are also a great option. Regardless of trip duration, we won’t meet early. There’s seldom any need to be on the water before 10:00AM.