Yellowstone Country Fly Fishing is owned and operated by Walter Wiese. It is a small operation and Walter guides most trips personally, though we also use several independent contractor guides and small outfitters on multi-guide trips and when Walter is already booked.

Walter founded YCFF in 2014 in Gardiner, Montana. The operation moved to Livingston in 2018, though we mostly work on the same water now as we did then. YCFF is a small home-based business and we do not have a retail storefront. Walter’s dog would rather he didn’t even have an office, because she can’t enter the office due to errant fly tying hooks. 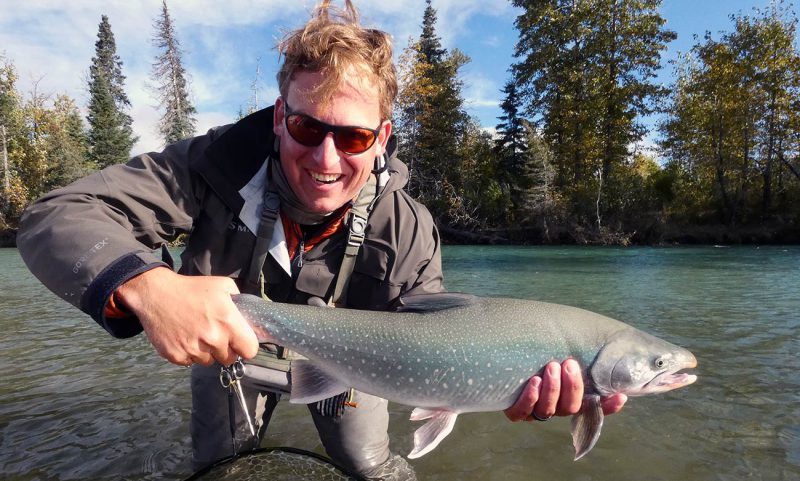 No, not Montana. I caught this large Dolly Varden trout in Alaska in 2017.

I was born in St. Louis, Missouri, in 1980. I first picked up a fly rod (after much begging) in 1986 or 1987, and cut my teeth on stocked trout in the Missouri Ozarks, mostly near my grandfather’s summer house (that is to say, an old, run-down mobile home). By 1992 I threw away the Powerbait and had started fly fishing exclusively for trout. My first fishing experience in Montana and Yellowstone Park happened on a family trip to Yellowstone Park in 1993. After that, my dad and I made regular trips to the park and Montana, and though we’d stop and look at a waterfall or geyser or two, these were almost exclusively fly fishing trips.

These trips made me fall in love with the region, both its fishing and the wide open spaces. In the winter of 2000-2001, with the end of my undergraduate career in sight, I decided to spend a full summer in Yellowstone Park, flipping burgers or selling rubber tomahawks or doing whatever I needed to do to have one last fun summer before entering “the real world.” Through what amounts to dumb luck, I wound up with a job at a fly shop in Gardiner, MT, as a shop clerk and trainee guide, and the rest is history. I’ve been guiding at least during the summers ever since.

From 2001 through 2006, I spent summers (and early fall, a couple years) guiding and working in the fly shop, while I first finished my undergraduate degree in English at a college in Missouri and then got a creative writing Master’s degree from Western Washington University. I wrote my graduate thesis on fly fishing, so the course ahead was clear. Since late spring of 2006, I’ve been a full-time Montanan, and a full-timer in the fly fishing industry. 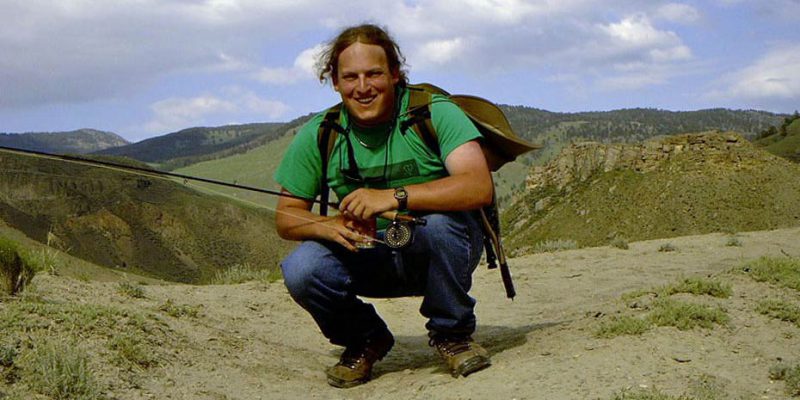 After guiding as an employee and independent contractor guide for a fly shop in Gardiner and several outfitters in southwest Montana through for fourteen seasons, I got my outfitter’s license and started Yellowstone Country Fly Fishing in late fall 2014. From the start, I wanted this business to be distinct from those I had already worked for, in the following ways:

This is still early times for my outfitting business, and I continue to guide on a freelance basis for other shops and outfitters. I hope you’ll help me grow my own operation.

I began tying flies in about 1991, using bluegill hooks, turkey feathers lifted from my dad’s own fly tying materials, and my mom’s embroidery floss. My dad got me a proper kit for my twelfth birthday. I started “designing” flies before I had any right to, and started taking this process seriously in about 1999. I still use several of the early patterns I came up with, finding they work just as well in Yellowstone Country as they did back in the Ozarks where I usually fished them. 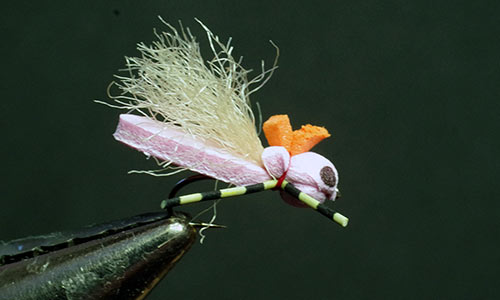 The Bob Hopper, one of Walter’s fly designs. Yes, this is a basic bug, but it works like magic…

I began tying/designing flies commercially in 2001 and have been a contract designer for a large wholesale fly company since 2005. As of this writing, I routinely produce around 7500 flies each year, with these flies split between wholesale, retail, and client use. Many of my fly patterns are currently tied overseas and distributed on a wholesale basis by Catch Fly Fishing. My flies have been featured in numerous magazine articles and the book Flies for the Greater Yellowstone Area. In addition, I maintain a Youtube Channel on which I post videos of my and other fly patterns. I am available for fly tying presentations at club meetings, fly shops, etc.

The Rest of My Story

I’m often asked, “What do you do in the winter?” The answer is “Get ready for the next season.” Running my outfitting business is my job.

As noted above, I have a Master’s degree in creative writing, from Western Washington University. So far, this degree has mostly helped me write better web content for my and other fly fishing businesses, but I also write occasional magazine articles and have written three books about fly fishing, with more to come. That burgeoning career as a fiction writer has so far eluded me.

My wife Jani Rounds – a software engineer – and I live in Livingston, on a (very marginal) trout stream that flows right through town along our back property line, with Winnie the Rescue Dog. In my limited free time, I read, listen to a wide range of music, play guitar badly, and snowboard. 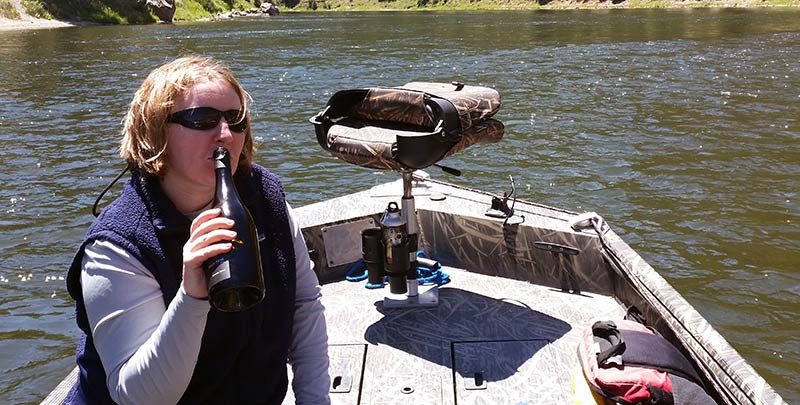