Introduction to the Lower Madison River

The Lower Madison River begins at Warm Springs Fishing Access near the mouth of the Beartrap Canyon, about 30 miles west of Bozeman, Montana. If flows north about 30 miles before joining with the Gallatin and Jefferson to form the Missouri. This section of the Madison is very different from the more-famous “50 Mile Riffle” that runs from Quake Lake to Ennis, upstream of Ennis Lake at the head of the Beartrap Canyon (which is 2+ hours from here and thus more-or-less outside our operations area, though we do run an occasional trip up there). The Lower Madison is low-elevation, fertile, full of crayfish and insects, and finicky. It also gets very warm in midsummer, which is why it’s almost exclusively an April through June fishery for Yellowstone Country Fly Fishing.

Medium-sized rainbow trout like this one are the main targets on the Lower Madison when fishing with dry-dropper techniques. This one ate a caddis pupa.

Because it’s a low-elevation river downstream of a dam, the Lower Madison never gets too high and muddy to float-fish, though it can get too high for comfortable wading. It also produces excellent insect activity in late May and June while most area rivers are either blown out completely or only fishing well with nymphs. This makes the Lower Madison the best nearby float river from mid-May through late June most years, though it can be a challenging river when the bugs aren’t hatching. These Lower Madison River fishing tips will put you into some fish.

For Lower Madison River fishing tips, click the button below.

The Lower Madison is broad, shallow, warm, and weedy. While there are a couple small rapids in the two miles below Warm Springs, even canoes can easily negotiate them. The river is usually fairly quick, flowing over broad riffles and that drop off into comparatively deep holes (these holes might only be three feet deep). There are no obstructions or technical areas that a sober boat-handler needs to worry about.

Except for a few deeper rock or rip-rap banks, most structure on this reach of the Madison is subtle and formed by midriver weed beds and adjacent holes, drop-offs below riffles and islands, and somewhat deeper slots in side channels. While it’s possible to catch a few fish by “banging banks” here, it’s much more effective to look for subtle drop-offs at midriver, not least because what good structure there is near the banks gets pounded by shore anglers.

In the upper portions of this reach the Lower Madison is still in the lower reaches of Beartrap Canyon, so the banks are high and rocky, with scattered woods. From the end of the canyon near the Hwy 84 bridge all the way to Three Forks, the river flows through ranch country, with either hay meadows or cottonwood stands on the banks and numerous small islands.

Westslope cutthroat on the Madison are usually small but love to eat dry flies.

Access on the Lower Madison is probably easier than on any other water we guide, at least down to Scott’s Ford Access where the fishing starts to decline. More than half of the riverbanks are public, with BLM land dominating. Numerous fishing access sites dot the river, most of which have broad concrete boat ramps.

Even in areas without boat ramps, the numerous state and federal established campgrounds and dispersed camping spots mean it’s seldom necessary to walk more than 100 yards from the car if you’re wade fishing. Roads follow both sides of the river throughout the Warm Springs to Scott’s Ford stretch, while from Scott’s Ford to Greycliff there’s a good gravel road on the east bank. Access is far more limited downstream of Greycliff, but so are fish numbers.

As you might deduce from the Lower Maddy’s proximity to Bozeman, excellent access, and warm, shallow water without any dangers, both recreational and fishing traffic is very high here. Twenty to fifty fishing boats per day is average in June, though there’s enough water we usually don’t bother one another. After mid-June recreational floaters really start to intrude on the fishing. Large numbers of inner-tubers who drink heavily and have no control of their craft are particular problems once the weather and water are comfortable. Unless you’re a big fan of the “bikini hatch,” we suggest avoiding this water from the beginning of July (or whenever the Yellowstone clears) until the first aggressive cold snap.

When water is particularly high and off-color, most likely in early June of wet years or for a week or so in May downstream of the Cherry Creek confluence, really the only method to fish here is with San Juan Worms, large nymphs, and crayfish fished under indicators. Otherwise, during the prime May-June season there are two very dissimilar game plans that make sense:

A lot of Lower Madison River fishing tips suggest and a majority of guide boats seem to focus on running fast and sticking to midriver fishing targeting larger trout. For this reason, we actually like to run slow here when weather and water conditions allow (aka the water needs to be low enough and clear enough and the skies gray enough). This lets the rampaging horde of guides who all launch between 8:00 and 9:00 like we do get ahead of us and vanish by lunchtime. We then pick apart structure slowly, targeting all the small-medium trout they blew right by. Often the guide will jump out and either hold or walk the boat slowly through good areas, while clients who like to wade fish and have wading boots may jump out and wade fish likely areas while we stand there with the net.

We seldom catch large fish with the above tactic, but we can have great action provided the fish are active near the surface. If they’re scared of the bright sun and/or have to sit deep because the water’s high and green-brown rather than blue-green, the deep-nymphing tactic is the only one that makes sense and fish numbers will be drastically lower, but a big fish or two is in the cards.

If the fish are looking up, a wide range of insects hatch here. BWO and Mother’s Day caddis are most important in May and early June. Thereafter a range of other caddis species start to pop and there may also be PMD, Green and Gray Drakes, and Yellow Sally Stoneflies. The best fishing probably occurs when the various caddis hatch, though.

When the Lower Madison gets too warm and crowded in late June, your best bet is to fish elsewhere. Our Lower Madison River fishing guides move to the Yellowstone, Boulder, and Stillwater for float trips. 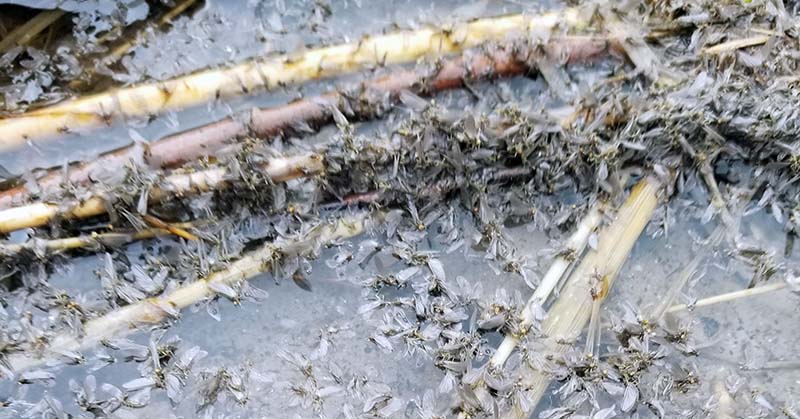 Once water cools off in late summer or early fall, some hopper and ant fishing is possible, especially before many other boats start fishing here again. Crowds of recreational floaters decrease through fall, but angling crowds increase. By mid-September, tiny nymphs are the order of the day except when hatches occur. Streamer fishing improves in October and stays good until the weather gets bitter cold, usually no earlier than Thanksgiving. We seldom guide the Lower Madison at this time unless the Yellowstone gets muddy and the Stillwater is too low.

Winter and early spring midge fishing can be very good here from late January onward whenenever it is warm enough to get out. Floating is usually not in the cards, but wade-fishing the deep wintering runs makes a lot of sense. We do usually guide elswhere at this time, because the Yellowstone is generally less finicky and sees less pressure. 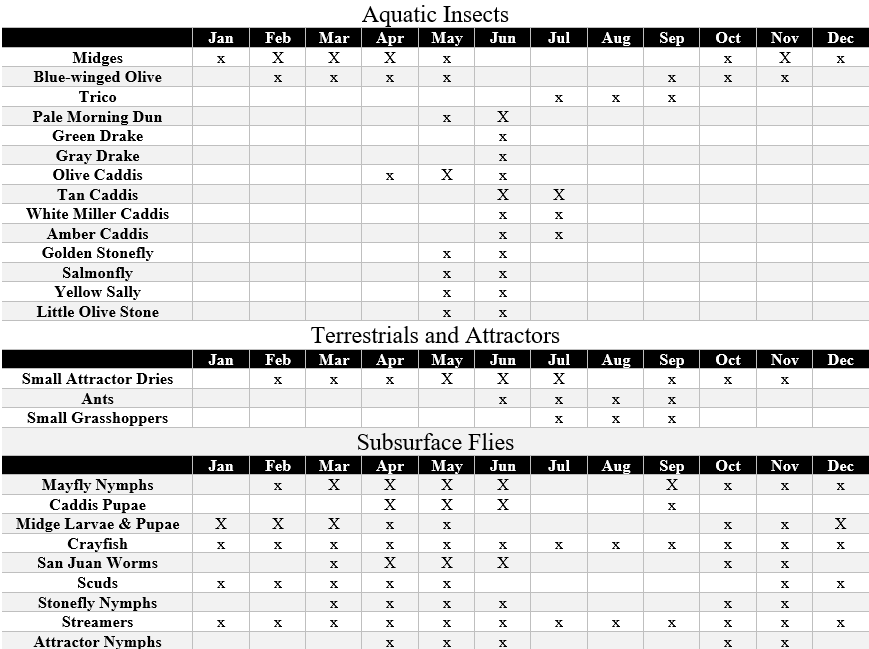