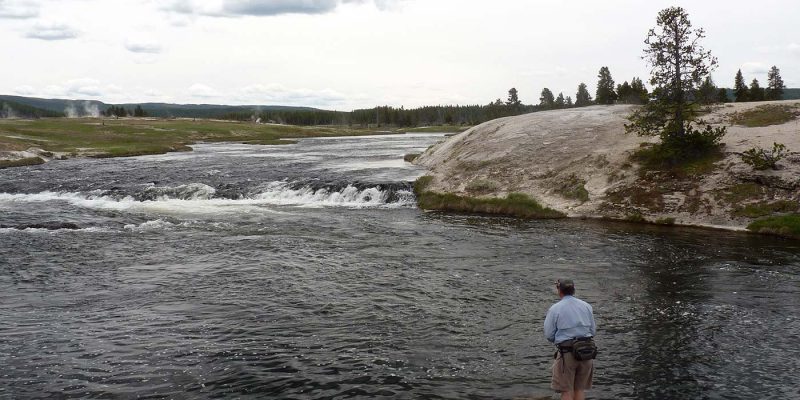 In dry years, more river options are available in early June, particularly the Grand Canyon of the Yellowstone and the lower Gardner. They’re fishable before June 15 no more than one year in three, though. Better options that usually become fishable sometime in the first week or two of June are several hike-in lakes and a small handful of gently-flowing creeks.

After mid-June, the Grand Canyon of the Yellowstone and lower Gardner become steadily better options even in wet years, while the Firehole drops off. Sometime in late June or the first few days of July, the Firehole and Gibbon both get tough and the rest of the water across the northern part of Yellowstone Park joins the Gardner and Grand Canyon, and the fishing transitions to early summer. 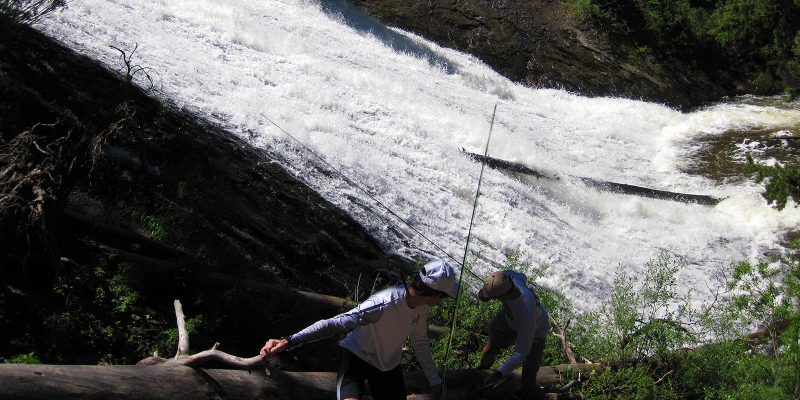 Young anglers climbing out of a rough section of the Gibbon River after fishing.

In the first couple weeks of the season, we spend most of our time on spring Yellowstone fishing trips on the Firehole and Gibbon. The geyser-heated Firehole River is typically at its very best for the first couple weeks of the season. In dry years, the Gibbon River is also good right out of the gate, and even following cold, wet winters it is usually ready to go between June 5 and June 10.

Since the Firehole is a gentle, meadow river with heavy insect hatches and spooky (though mostly small) trout that fishes best in the mornings, and much of the Gibbon is fast and rocky, filled with trout eager to eat attractor dry/dropper combos, and good in the afternoons, these two streams make an excellent one-two punch to open the park season. The Firehole is awfully far from Livingston, so it’s only available for full-day trips, but the Gibbon is a reasonable option for half-days. 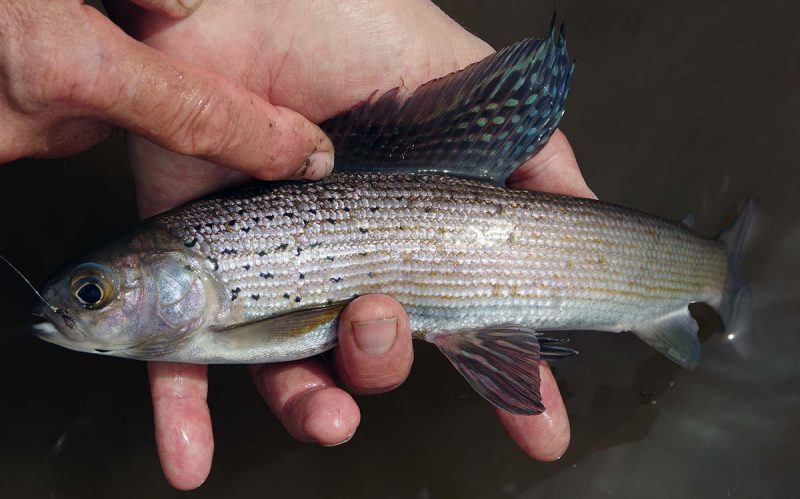 For anglers interested in something different, some excellent small lakes become available after approximately June 5, particularly Cascade Lake, which holds gorgeous cutthroats and the best populations of the rare Arctic grayling in the region. We’ll often pair this lake in the morning with the Gibbon after lunch in mid-June. This pairing too provides a good mix of fishing, since the lake is either subsurface fishing with nymphs and streamers or match-the-hatch dry fly fishing, while the Gibbon continues to be an attractor dry fly show.

This trip is a good choice for beginners, especially since we can work on casting without the complication of current on the lake. This trip is a full-day only option, and we’ll want to be hitting the trail by 9:00AM.

A few other lakes also turn on in early June, including some which hold larger cutthroat and brook trout, though these are some combination of much harder to access and much less consistent from a fishing perspective.

By mid-month, additional waters drop out of runoff, with the precise options depending on the progress of the snowmelt. These include options within reasonable half-day range of Livingston. A couple small stream options almost always appear at this time, while for surefooted anglers who like short-range nymphing the Gardner River can be outstanding, since this river is full of big stoneflies that are preparing to hatch and the trout go nuts for them.

During dry years, small portions of the Yellowstone in its lower Grand Canyon also become fishable by mid-June. This is hike-in fishing with big nymphs and streamers, and it often flies under the radar. A few seasons ago we had a client catch a hundred and six trout on a full-day on the Yellowstone at this time. Needless to say, if it’s clear enough, this is where we’ll go in mid-late June.

Since some half-day options are available at this time, we might meet early or around midday. Some of the small stream opportunities at this time are the first “beginner brookie” options of the year. Before that, we tend to fish the Gibbon River with beginners. 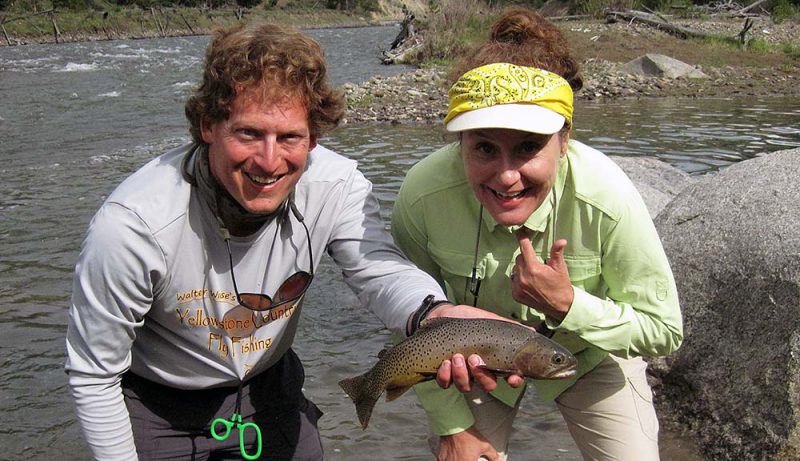 This fish was caught on a spring Yellowstone fishing trip in early June on the Yellowstone River during a low water year.