Guided fly fishing float trips on rivers near Livingston, Montana are the core of our Montana fly fishing guide service. They’re the trips we run the most and the trips for which we develop the majority of our custom fly patterns.

While Yellowstone River fishing trips are our most popular floats (we float over 120 miles of the Yellowstone), we also fish the Stillwater, Lower Madison, Boulder, and occasionally other Montana rivers. With increasing crowds on “big name” rivers like the Madison and gentle sections of the Yellowstone, small whitewater rivers like the Boulder and Stillwater as well as difficult-to-access portions of big rivers are fast becoming our favorite places to run Montana float trips – and they flat out produce fish. 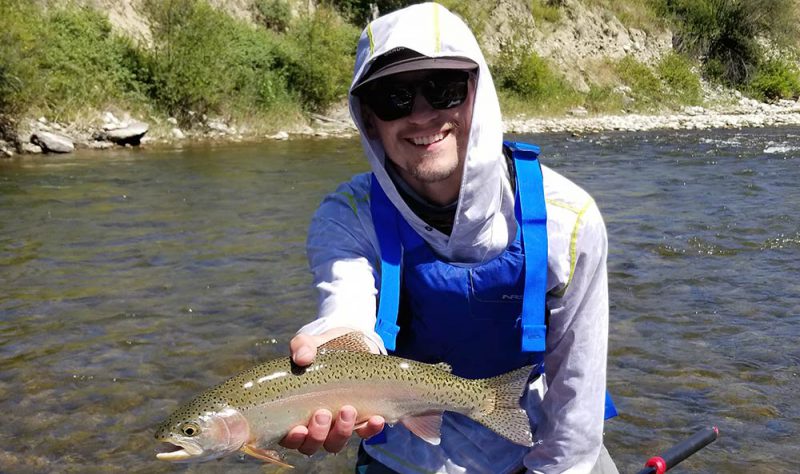 We use three types of boats on our Montana float fishing trips: specialized fly fishing drift boats, whitewater rafts set up with fly fishing frames, and ultralight and ultraportable rafts. The right boat depends on where and when we’re fishing. On deeper, gentler stretches of river with developed accesses, we use drift boats. Where the water is shallow or rough or where the boat ramps are just bare spots in the bank down which we slide the boat, we use some kind of raft.

Because we use all three types of boats on our Montana float trips, we are able to float a wider range of rivers, big to small, than most guides, and also access specific sections of rivers many others cannot. While no river in Montana suitable for day trips is ever devoid of other guides during the core season, we often run water where we go hours rather than minutes without seeing other guides. Even when we do see others, odds are the other boats aren’t using flies like ours.

Guided drift fishing trips are available from March through Thanksgiving, for anglers of all skill levels, fitness levels, and preferred techniques. Certain rivers and even certain stretches of river are better at different times of year than others, and are best-suited to anglers with different skill levels and interests. Visit our Our Fisheries pages to learn more about what each of the rivers we float have to offer, or just drop us a line or give us a call to talk things over. 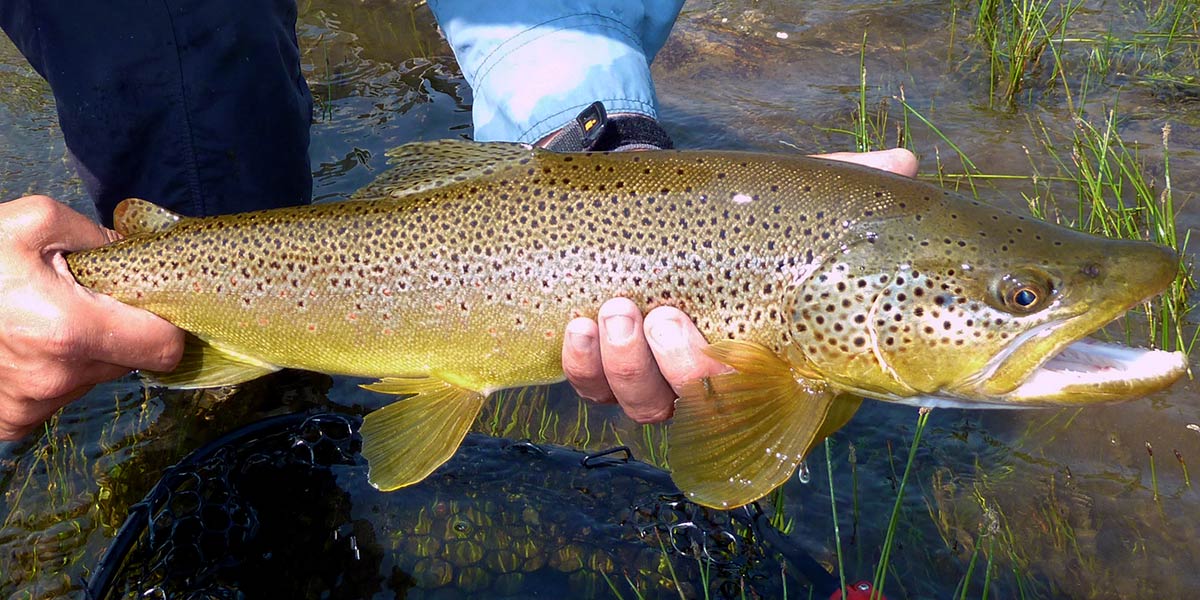 What’s the Difference between a Float and a Float-Wade?

We offer two types of river/stream boat trips: standard float trips and float & wade trips. The major difference is how much fishing we do from the boat versus using the boat as transportation. On a standard float we do all or most fishing from the boat, usually while it’s moving, while on a float & wade the proportions are reversed and we mostly use the boat to get from wading spot to wading spot. There’s a lot of overlap between these trips, though on standard float trips we are more likely to stick to larger rivers that aren’t as wading-friendly.

We offer full-day, 3/4-day, and half-day options on river floats. Not all options are available on all waters or at all times of year. In early spring and late fall it only makes sense to float for a half-day during the warmest part of the day, for example. The maximum number of clients per guide is two on all float trips. Additional clients required additional guides.

Spring and fall discounted rates apply from March 1 through May and from October 15 through Thanksgiving. Float trip availability in early spring and late fall is highly variable on a day-to-day basis due to the potential for ice and inclement weather. Float trips are not available from sometime in mid-late November through sometime in March due to ice and poor fishing.

Please note that it is not uncommon for several of our float trip rivers to suddenly get muddy and unfishable for a day or two at a time several times per season due to summer thunderstorms. If this happens, we may need to switch destinations on short notice. Given our wide variety of watercraft and Livingston’s central location, we can usually find clear water no matter how ugly the weather.

We run floats whenever it’s warm enough to do so. Each season has its top fisheries and its pluses and minuses. The bold-face links in the list below may help you decide when to come if you haven’t already. Note that float-wade trips may be better options at certain times of year and on certain waters. Basically the colder or lower the water gets, the more a float-wade makes as much or more sense than a standard float. 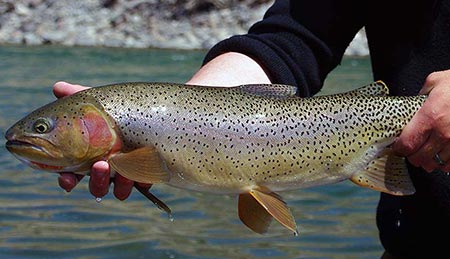 Early Spring Float Trips: Mid-March through early May is a sleeper season for Montana float fishing trips. Big fish are on the prowl after a long, cold winter, and there are seldom large numbers of other guided float fishing trips out on the water. It can be awfully cold, though, and the fishing isn’t as consistent as it is during summer and fall. Top fisheries at this time are the Yellowstone and Lower Madison Rivers. 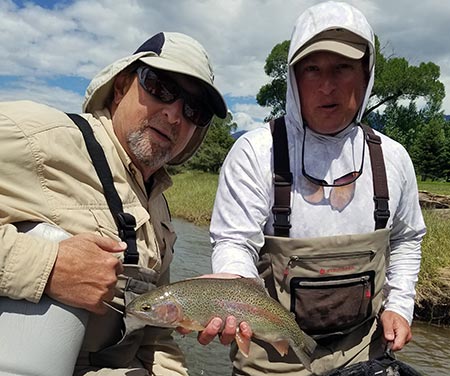 Late Spring Float Trips: Early May through sometime in late June or early July is runoff season, when the spring melt brings high, muddy water that’s impossible to fish to most local rivers. But not all local rivers. The Lower Madison River sees its best fishing of the season at this time. On the Yellowstone and especially the Boulder, short clear water windows even in the middle of the melt can bring spectacular fishing. 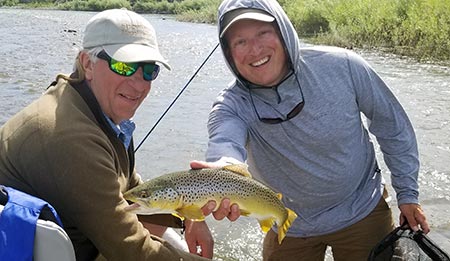 Early Summer Float Trips:  The month or so following the end of the runoff offers comfortable weather, the largest number of Montana float rivers in good shape, eager trout, and excellent hatches that produce good dry fly fishing. It also offers high crowds of other anglers, but that’s understandable given that early summer typically offers our most consistent fishing of the season. Our top destinations for Montana float fishing trips at this time are the Yellowstone, the Boulder, and the Stillwater, but we occasionally fish the Madison and a couple of small “back pocket” streams we won’t name online that are only high enough to float for a couple weeks a year during this period. 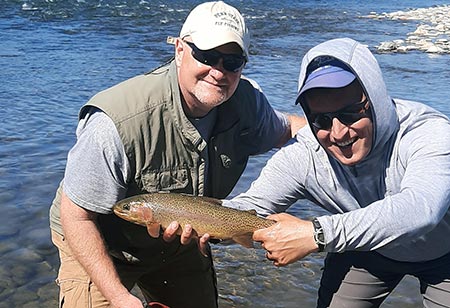 Late Summer Float Trips: In August and sometimes early September, float rivers are getting low and clear and aquatic insects are at their low ebb, but this means the fish love to eat grasshoppers and ants. Fishing is slower-paced than it is earlier in the summer and crowds are usually a bit lower, but the fish can be a bit spookier. While we don’t catch as many big fish overall in late summer as we do in early summer, we catch more of them on dry flies in late summer, and for many anglers one big fish on a dry beats two or three on a nymph. Our favorite float rivers at this time are the Yellowstone and the Stillwater, and we sometimes run the Boulder as well when it remains high enough.. 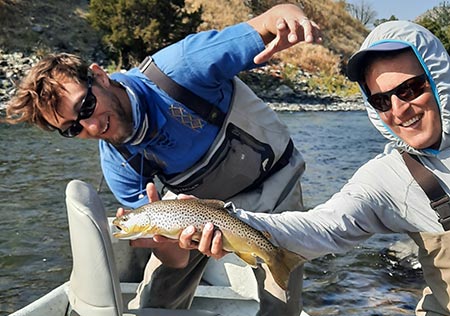 Early Autumn Float Trips: September on into early October is transition time. On warm, sunny days the fish often still prefer grasshoppers to anything else, while when it’s cold and wet the fall aquatic insect hatches are heavy and the riffles and pools fill with trout eating Blue-winged Olives and Drake Mackerals. Crowds begin to disappear as the weather cools, and we can often meet a bit later in the morning, because the trout start keeping banker’s hours. We love floating the Yellowstone River in early autumn, with the Stillwater River our favorite other option. Early fall is typically the most beginner-friendly period to float, though the eager mountain whitefish often eat beginners’ flies before the trout do. 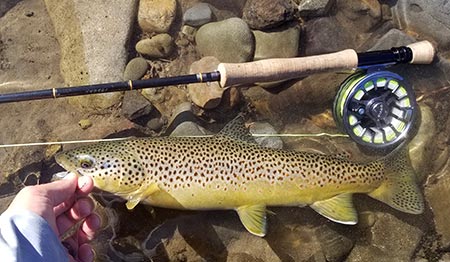 Late Autumn Float Trips: Late autumn float trips from early October through mid-November are for die-hard anglers. While dry fly fishing is still good for a few hours in early afternoon, the focus shifts to pursuing large trout with nymphs and streamers. These can be either brown trout on their spawning runs or rainbow and cutthroat trout fattening up for winter. The fishing can be tough, with both the weather and the fish refusing to cooperate, but the rewards are worth it: the biggest trout of the year usually get caught in late fall. Our top float trip destinations in late autumn are the Yellowstone and Stillwater Rivers, but we sometimes hit up a few “shoot for the moon” fisheries that we don’t fish much earlier in the year, like the Jefferson and Missouri near Canyon Ferry Reservoir.