Here in Yellowstone Country, winter snowpack and how this snowpack melts from late April through June play the most important roles in summer water supply for both fish and agriculture from early June through mid-September. June through mid-September temperatures and rainfall play a secondary role. Only after mid-September does day-to-day weather play the largest role in overall water levels and water quality. Winter and spring weather are thus very helpful in planning summer fishing trips to the region.

On the heels of low snowpack in 2020-2021 followed by a record warm, dry summer that came early and a dry winter, as of April 1 we were mired in severe to extreme drought throughout the region. Thankfully, we have had an exceptionally cool, wet spring that has done a great job in reducing the drought. It’s by no means gone, but conditions have improved. The following graphic shows we’re primarily in moderate drought, with some severe drought in Yellowstone Park. While this isn’t ideal, it’s better than we’ve seen since 2020. 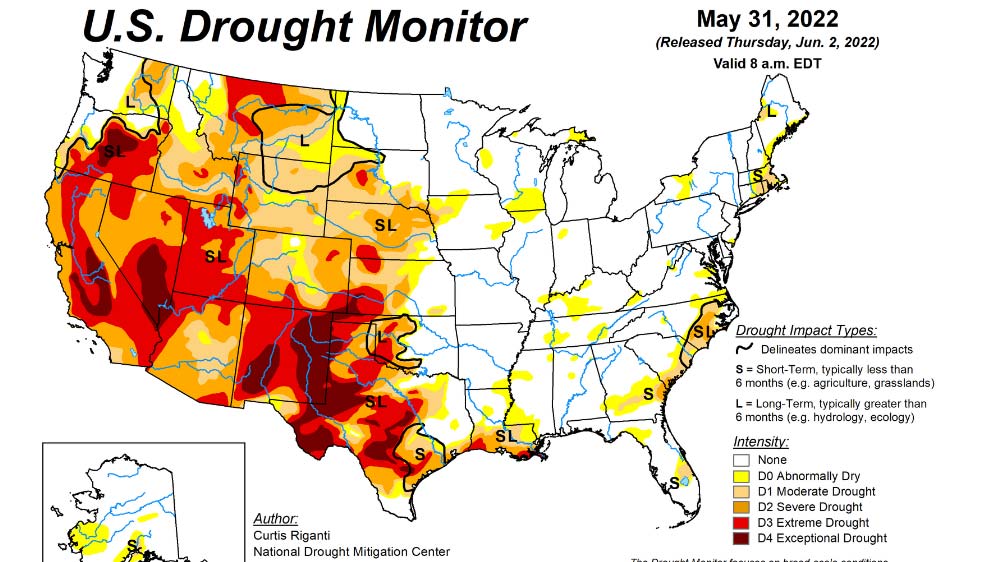 Moreover, snowpack for the date is extremely high. This does not reflect how much snow actually fell this past winter and spring. Instead it shows how much there is on the ground compared to average for this date. Since we’ve had such a cold, wet spring, a whole lot of snow remains to melt. In general, the later and slower the snow melts, the more of it goes into the ground rather than running straight off to North Dakota. Due to the high remaining snowpack and the exceptionally late melt, we expect water levels to be near-average from July through September, even with the drought. 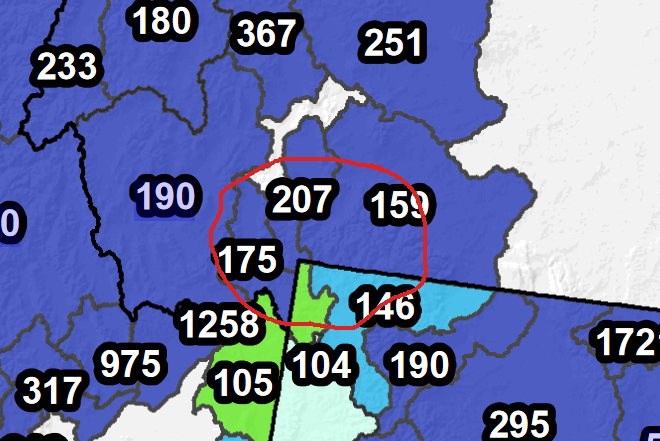 The abundant spring moisture and late melt means that most waters have not yet reached their peak streamflows for the year. On most streams this occurs between May 20 and June 1 in an average year. This year, most waters will reach peak flows in mid-June. Only geyser-heated waters draining low mountains in Yellowstone Park have already reached their peaks. The following graphic shows predicted flows for the Yellowstone River throughout the season. Combined with the graphic above and the weather forecast for the next two weeks, we expect the Yellowstone River to hit max flow around June 13–17. The Yellowstone generally drops into fishable condition about two weeks after it hits peak flow. 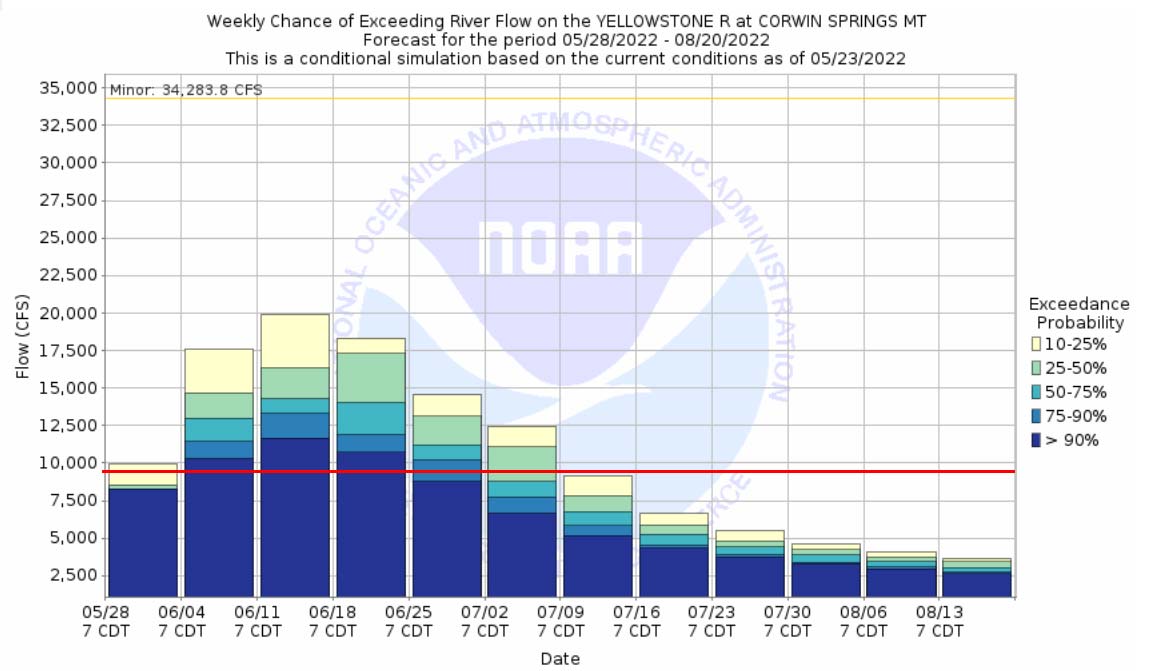 The thin red line indicates the likely flow rate at which the Yellowstone will become fishable this year. This hits the “50/50” prediction for forecast flows around the beginning of July. These forecasts tend to predict slightly higher flows than actually occur, and this forecast was made during a cold/wet spell.

In a general sense, here’s what we expect for June through mid-September streamflow and fishing conditions. This is based on current conditions and the longer-range outlooks. While this isn’t a “weather forecast,” it’s now late enough into the year that only extreme, prolonged summer heat and drought will change this forecast substantially for the worse.

There have been substantial changes to the following forecasts due to the abundant snow and cold weather we’ve enjoyed in April and early May. In particular, we no longer expect 2:00PM closures in late summer unless we have an extreme heat wave save on rivers that almost always have them, such as the lower Madison River.

Since runoff has now begun in earnest, we are growing much more confident about the accuracy of the following date ranges. If you haven’t booked your lodging or guide service, we suggest doing so ASAP since availability of both is now getting sparse.